Where to find listings, part 2: My last post was about prospecting to the owners of second homes / vacation homes. These are people who can sell and still have somewhere to live. Other people who don’t “need” their homes are the absentee owners of vacant houses. Obviously, they’re living somewhere else.

How many absentee owners have vacant houses in your territory?

If you take a look around your territory, you may find there are more vacant houses than you realized, so do 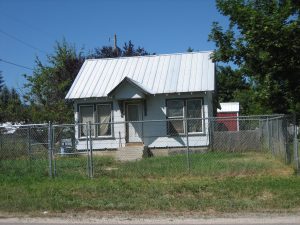 your research, get the addresses, and write to those owners.

If an owner is local, the house may be a project house. He or she may have purchased intending to fix it up and either move in or sell it.

We had such a house in our community back when I was an agent. The young man who owned it intended to work on it, and he finally did. However, it sat empty for several years before he got down to work and finished the rehab.

If the owners are out of the area, there could be several reasons why that house is just sitting there. One of those reasons could be that they have relocated and think they need to be there in order to sell the house. You can reassure them that their presence isn’t necessary.

Another reason is that they may have moved when the market was down and they had no equity. While many of those absentee owners of vacant houses will have gone into default, others may have been hanging on, making the payments and waiting for prices to rise. Now, if your area is typical, you can tell them that the time is right.

Some have inherited a house and haven’t decided what to do with it. Some were using it as a rental and are now faced with having to do fix-up and clean-up before they can look for a new tenant.

So reach out. These probably won’t be the most expensive houses you could list, but they’ll likely sell quickly.

Write to those absentee owners of vacant houses.

If you don’t know what to say, use my Prospecting Letters to Owners of Vacant Houses.

This is a set of 10 letters, 6 of which can be sent to the owner of any vacant house. Four are specialized – giving you a set of 7 – or possibly 8.

Don’t wait for someone to beat you to them – get those addresses and get mailing!