A few Active Rain posts lately have mentioned troubles with agents, buyers, and sellers who are so skilled at agitation that they turn their transactions into hair-pulling dramas.

They can become a real nightmare when phone calls, emails, and texts start flying – blaming everyone for some problem that either doesn’t exist or could have been avoided. Usually it’s the person hollering the loudest who could have prevented the problem.

Was the buyer or the agent responsible in this example:

We had a building lot listed and a low offer came in. The seller countered – not at full list price but at a reasonable amount. The form clearly stated the date by which the counter must be accepted AND the fact that the seller had the right to accept other offers up until the counter was accepted.

The buyer said he’d wait until his wife got back in town so they could talk it over in person. Meanwhile, he 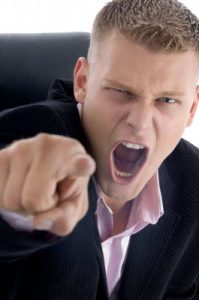 signed the line indicating that he had received the counter-offer. One should, from that, be able to assume that he had read it and thus knew the conditions.

(We all know how silly it is to assume.)

Several days passed and another, better offer came in. The seller accepted that offer and the first buyer’s agent notified him that he wouldn’t be buying the lot.

He had a screaming fit, telling us the seller had no right to even have that lot shown to anyone until he had made a decision about the counter-offer. His agent referred him to the document he had signed, but that didn’t slow him down. He kept right on hollering about it – all over town.

Another screaming fit ensued when a would-be buyer learned that his offer had been rejected in favor of a lower offer.

As we all know, sometimes a lower offer is a better offer. Sometimes it’s the terms, sometimes the contingencies, and sometimes the concessions requested. In this case the seller was a bank. It determined that the cash offer requiring no financing was better than a higher offer contingent on financing.

In this instance, it was clearly the would-be buyer’s agent who was at fault. She had no business telling him the price or terms of a competing offer.

What they should have done:

In my first example above, it could be that the agent didn’t stress to the client that he could lose out on that lot. He may not have drawn attention to that clause, or to the one saying that the counter would be invalid after a specific date.

Once the fat was in the fire, so to speak, he should have stayed calm, reminded the man of what he’d signed, and refused to take part in the blame game. Unfortunately, he yelled back, telling his client that he should have read what he signed. He only made matters worse.

In the second example, the agent should have kept her mouth shut. She knew better than to discuss other offers with a client. Unfortunately, she was angry over losing that sale to another agent, so she vented to her clients – causing turmoil that should not have existed.

One reason it’s wise to keep buyers and sellers apart is to reduce the opportunity for trouble.

All it takes is a rude or unthinking remark from either side to get the other riled up. Then when agents get involved and egg them on, the whole thing escalates. A statement such as “She shouldn’t have insulted you like that!” can cause a world of trouble.

How many times have you heard a buyer recite everything wrong with a house in order to justify a low offer? I’ve heard it many times, but I sure wouldn’t repeat any of it to the seller. I always laughed to myself a little, wondering why they wanted the house so much when there were so many things wrong with it.

I’ve also seen agents go at each other when they each thought the other agent’s clients were being unreasonable.

They throw insults back and forth, implying that the other agent “should” make their clients accept a price or terms. Then they both go back to their clients and complain that the other side is just not being fair. That kind of unacceptable behavior serves only to cause hard feelings all the way around – and to undermine their own reputations.

It’s the agent’s job to keep his or her clients calm and moving forward. 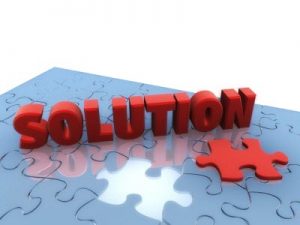 When there’s a problem, the agent should be saying “Let’s work together to fix this.” Instead, many agents escalate the problem and blow it out of proportion – upsetting their clients even further while they cast around looking for someone to blame.

When negotiations are stalled, the agent’s job is to work toward finding a compromise. The worst thing they can do is let their clients say “If I don’t get my way I’m walking.” As we all know, threats can backfire. The other side could well respond with “Go ahead. Walk.”

What can you do when you have to deal with one of these drama kings or queens?

First, try to stay calm. Don’t let them get YOU riled as well. I know – that’s hard, but even if you want to scream back, don’t.

Refuse to respond in kind. If they holler, just smile. One agent on Active Rain says when she gets an abusive, angry phone call she waits for a break in the rant, then says “Please call me back when you have yourself under control.” Then she hangs up.

Don’t get sucked into an email or text battle. If they write something insulting or inflammatory, either don’t reply at all or write something similar to “call me back when you’re under control.” Whatever you do, don’t respond without thinking it through.

It can be very tempting to speak your mind. However, if you put “You’re an idiot” in writing, it will reach far and wide – and harm your reputation.

If you have no choice but to convey unwelcome news to your client, give yourself time to calm down and take some deep breaths first. Then present the news factually – without laying blame on anyone.

If there is a way to resolve the problem, get to work on it immediately. Don’t wait for the other side to act. Do remember that you don’t have to go it alone. It’s wise to seek help from your broker or an experienced colleague.

Do avoid adding your own rants. The more you rant about things, the worse they will become, so focus on the solution rather than the problem.