You are here: Home / real estate best practices / Are you educating your clients about seller safety?

Your sellers may not be aware that offering their home for sale does pose safety risks. Are you talking with them about those risks and giving them a checklist of seller safety measures to follow?

So much of seller safety seems like common sense, but… sometimes good sense isn’t so common.

For instance, take the incident that happened in Toronto last month. A person claiming to be a REALTOR® attended a brokers’ open house and stole $30,000 worth of jewelry from the master bedroom. Why would anyone leave that kind of jewelry unsecured, knowing strangers would be wandering through the house?

Fortunately, the theif was caught, but at this time no one knows how many other homes he’s stolen from.

When you take a listing, take the time to go over the risks and discuss seller safety measures.

A seller safety checklist could save both you and your clients from a world of trouble.

1. Remind your sellers to remove or lock up easily pocketed valuables and medications. 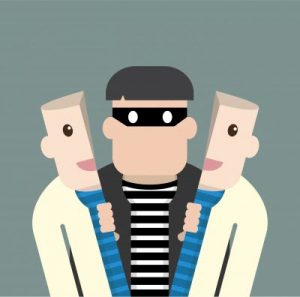 phones, firearms, and prescription drugs. Most people do think to put away their money and jewelry, but for some reason forget their prescriptions. As a result, prescription drug theft from open houses has become a growing problem.

Remind them that people do sometimes split up and wander away from the showing agent – and during an open house it would be impossible to keep an eye on everyone. We’d love to believe everyone who looks honest is honest, but it just isn’t so.

If your clients don’t own a safe, recommend installing a good lock on a cabinet or drawer as a seller safety measure. Expensive jewelry, coin collections, etc. should be moved to a safe deposit box for the time being.

Note* Even though most people do think to put away money, I did once walk into a living room for a showing and find several hundred dollars laying on the coffee table. It turned out that the tenant had cashed his paycheck, left the money on the table, and forgot to pick it up.

2. Stress that they should treat their mail as a valuable.

The first and most often stated reason is for staging. Removing photos helps keep the focus on the house rather than the occupants. It also makes it easier for prospective buyers to envision the house as “theirs.”

The more important reason may be seller safety. Since you don’t know who might be touring the house, removing photos is a protection against pedophiles or stalkers. Family photos might also give clues about family activities and indicate times when the house will be unoccupied.

4. Remove temptation from “browsing thieves” before the photo shoot. 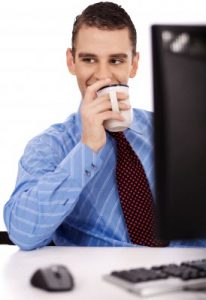 Clients are rightfully proud of expensive artwork and other collectibles, but these things should be put in storage before the photo shoot and left there until the house is sold.

In addition, photographers should avoid including shots of a full wine cellar or the equipment in a fully equipped media room. Of course, you as the agent in charge can simply avoid posting those shots.

While you can’t prevent people from seeing those things while touring the house, you can enhance seller safety by keeping them off the Internet and out of flyers.

If you think about it – the Internet has made theft and home invasion a whole lot easier. Real estate agents post photos of beautifully appointed homes, showing thieves where to find the goodies. Then homeowners go on Facebook and other sites to announce upcoming vacations and activities, so the thieves know when the house will be unattended.

5. Seller safety – and homeowner safety in general – calls for being quiet about upcoming plans. 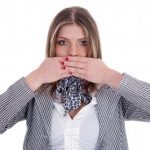 Remind your sellers that all of those “friends” on Facebook aren’t necessarily friends. Some could be stalkers or pedophiles, and some could be thieves. A good rules of thumb: Never announce when your house will be vacant, or when your children will be home alone.

Home buyers, and crooks posing as home buyers, sometimes do strange things. For instance, if the door is unlocked, they’ll walk right in if a house has a for sale sign. They’ll also walk around the house, trying to peer in windows.

Encourage your sellers to install deadbolts so even an agent with the combination to their lock box can’t enter without knocking when they’re at home. You’ll avoid what happened to a young girl I knew…

The agent did make an appointment, but the parents forgot to tell their daughter. As a result, she walked out of the bathroom wearing nothing but a towel and met the agent and his clients in the hallway.

Remind your sellers that anyone can have a card printed, so having a card doesn’t make someone a licensed agent. Caution them to direct unaccompanied buyers and unknown agents to you to make an appointment. Give them a stack of business cards to hand out, just to make it easy.

Instruct your sellers to make the house safe for both agents and potential buyers. Turn on lights and remove all tripping hazards. That could be loose throw rugs, electrical cords, or scattered toys. Make sure stair railings are secure and there are no loose or rotted boards on decks and porches.

Firearms should have been put away due to theft concerns, but some practitioners take it a step farther and recommend taking knife blocks off the kitchen counter. This, of course, is for the agent’s safety. Sadly, some agents have been murdered while showing homes or sitting at open houses. 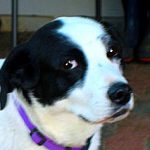 You have no doubt stressed that pets should be taken out of the house during showings. No agent should or can be responsible for making sure that a pet doesn’t escape out an open door. Further, there’s no guarantee that agents and buyers will be careful even if warned, so pets left at home are at risk.

“An ounce of prevention is worth a pound of cure.”
― Benjamin Franklin
~~~
“To be successful in real estate, you must always and consistently put your clients’ best interests first. When you do, your personal needs will be realized
beyond your greatest expectations.”
-Anthony Hitt
~~~

9. Last but not least… caution your sellers about the Craig’s List rental fraud scams.

More than one homeowner has been shocked to find people at their door expecting to move in.

It’s hard to fathom why anyone would rent a dwelling without seeing it first and without meeting with the rental agent or owner to fill out a property condition report and exchange money for keys – but it happens.
The fraudulent “owners” give some lame reason for not being able to be there in person and tell them the house will be open when they arrive. Meanwhile, the renters have sent a cashier’s check to the crook, who is now long gone.

San Diego’s SDAR has begun distributing stickers to their members to place in the windows of vacant homes stating: “Not for Rent.” That’s a good start, but it wouldn’t eliminate the situation one woman faced when a couple walked into her home and asked her what she was doing there. Before it was over, she actually had to prove that she owned her home.

This is one more reason for homeowners to keep their doors locked and not admit anyone without an appointment. It might also be a good reason for you to invest in sign riders saying “Not for Rent.”

For seller safety, remind them to do a final walk-through.

Remind your sellers that for their own safety, they should do a final walk-through before leaving the house when it’s going to be shown. This is not just to make sure the house is in showing condition, but to make sure that nothing is left out that should be locked up or taken along.