You are here: Home / real estate success strategies / Are you insulting your real estate prospects?

No, you wouldn’t do that intentionally. But if you want to capture expired listings and FSBO’s, you could be insulting your real estate prospects by accident.

First, think about the homeowners with expired listings.

If you say they chose the wrong agent last time, you’ll be insulting your real estate prospects.

When you’re trying to appeal to homeowners with expired listings, it’s easy to immediately blame the failure to sell 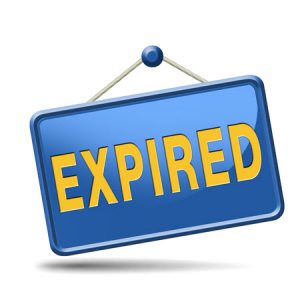 on their last agent. They’re probably already doing that themselves. However, if you come right out and say they chose the wrong agent, you’ll be insulting your real estate prospects by saying they made a really poor decision.

You’ll also insult them if you immediately state that their price was too high. After all, they may have chosen that price.

Instead, let them know that there is some reason why things went wrong. You can help them discover the reason by considering the answers to a few questions:

At what point did your plans to sell fail?

Then you can let them know that failure in selling results from an error in one or more of the five basic components of selling a home:

Instead of accusing them or their previous agent, help them come to their own conclusions regarding the reason why their house didn’t sell.

As you go through the points it will come out that the agent perhaps did fail them. It could also come out that they failed themselves. But they’ll be the ones to make that determination. That’s easier on their self-esteem than you directly placing blame.

My expired listing letters allow you to show your own expertise without blaming your prospects for making a poor choice.

I offer 6 different expired listing letter sets , including the “Old Expireds” letters. These can help you capture those homeowners who decided to take a breather before jumping back into another listing. As you probably know, many agents give up and move on after mailing only one or two letters. They won’t mail an entire series of letters, nor will they check back with those homeowners later.

Perhaps it is FSBO listings you want… 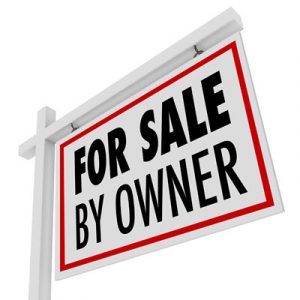 Avoid insulting your real estate prospects by telling them they’re incapable of selling without an agent.

Instead, offer tips about things they need to do to assure a successful sale. For instance, the first letter in my FSBO Prospecting Letter Set talks about determining the right price. Since they don’t have access to facts regarding selling prices, it suggests other methods. Those methods are a lot of work.

Another letter cautions sellers against being discriminatory in marketing their homes. They should be sure to follow the rules set forth by the ADA and Fair Housing regulations.

Let them know what they don’t know without being insulting.

The For Sale by Owner letters say “You can do this yourself if you want,” while at the same time showing them just how many details, tasks, and hours of work are in their futures if they do. Of course every letter invites them to call when they want your expertise as a listing agent.

A word of caution…

While being helpful will get you much farther with FSBO prospects than will telling them how great you are, don’t be TOO helpful. Don’t offer to get them the forms they need, copies of the ADA and Fair Housing Regulations, or a free consultation with a stager. Don’t let them trap you into hour-long phone calls about what they need to do. And don’t provide them with a market analysis unless they’ve signed the listing.

It’s a sad fact that some homeowners will use you to help determine the proper price of the home. Then they’ll go forward without you.

If a more direct approach suits you better, you can skip the advice and go straight to telling home sellers the advantages of using an agent. My “Why Homeowners Need an Agent” letters stress the many ways agents make life easier for their listing clients.

Unfortunately, there are times when you must choose between walking away from a listing and insulting your real estate prospects.

You know those times. They come about when a house is simply too dirty to sell except as a fixer.

Telling people they needed to clean house was the one task I dreaded when I was an agent.

Some people – such as those who just inherited a house or who just evicted tenants – knew they had work ahead of them. Some of them were willing to drop the price dramatically rather than put the house in good condition.

Others didn’t see anything wrong with the house in its present condition. That’s the way they lived and it looked fine to them. Others knew it was dirty and didn’t care. In fact, one man told me “If they want it clean, they can clean it after they buy it.” I don’t know who he thought “they” were, especially since he wanted top dollar for the house. And no, I didn’t take the listing.

How long should you keep prospecting to FSBO sellers and homeowners with expired listings?

Until they list with you, tell you to stop, or list with someone else. Or – until you determine that you really don’t want that listing.

Your time is valuable. Spend it where you can make money while enjoying your work.