Right. Your goal is to have readers absorb your message – not get hung up on the individual words. 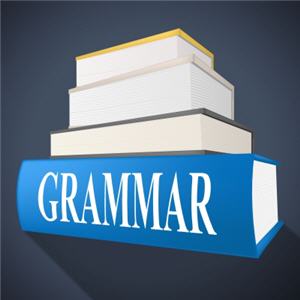 In past blog posts I’ve harped about misused words, the use of abbreviations and initials that confuse readers, and the need to proofread multiple times to catch those typos. It’s important because errors are like stop signs and can cause readers to  start trying to figure out what the heck you meant. When that happens, you’ve lost them.

Misplaced apostrophes are huge stop signs. I see a lot of them on blogs and even in promotional web copy, and every now and then I stumble over yet another one in our local newspaper. Last Christmas it wan ad for a local service group that was raising money for charity by selling Christmas trees.

They meant plural, but wrote it as possessive. All the tree’s WHAT is $30?

There’s no hope for our local newspaper. They aren’t into grammar and don’t have a proofreader. But for any blogger or marketer who might be struggling with where and when to place an apostrophe and want to get it right, here’s a short guide.

First, an apostrophe is used to denote possession. As in: “Sally’s new car,” “My dog’s toys,” or “That little girl’s smile.”

But there is an exception to this rule. The possessive form of “it” is simply its. When it comes to the word “it” the apostrophe is only used in the contraction that means “it is” or “it has” as shown below. (I know – confusing.)

A point that has always been confusing for me is how to use the apostrophe to denote possession when the name ends in “s.” It turns out that “Chris’,” and “Chris’s” are both correct. Use the form that looks and sounds the best to you.

The “s” is used without an apostrophe to denote a plural. For instance: dogs, cars, trees, and REALTORS®. (I don’t know how many times I’ve seen “REALTOR’S®” when they meant “More than one REALTOR®.)

So what about a plural possessive? Make the noun plural first, then immediately add the apostrophe.

I know it can be confusing, but just remember this: If you mean “more than one” you don’t need (or want) the apostrophe.