Several months ago Master Marketer Bob Bly wrote about being contacted by a newbie copywriter who told him all about what was wrong with his website.

It’s a bit silly for a newbie to criticize someone who has been successful in the business for at least 30 years. Instead, he should have been trying to learn from him.

But he forged ahead, leading Bob to write an entertaining article about him, and about why it’s so foolish to criticize when you don’t know the facts.

First off, that young writer didn’t know the purpose of the website he criticized. Second, he didn’t know the testing that had gone into choosing the format (too plain!).

This week, although I am nowhere near in Bob’s league, I got a similar letter regarding my site for new real estate agents: www.promotemyrealestatecareer.com.

The writer assured me that there were many, many things wrote with that site. I have no idea whether she is a new copywriter or not, but she was just as foolish. Like Bob’s critic, she had no idea about the purpose of the site, and instead made incorrect assumptions.

That site exists to help new agents, to give them ideas about how to build a successful career, and to let them get acquainted with me and my products and services. It doesn’t exist to just sell, sell, and sell some more.

We can all say “Consider the source,” and I did. But just the same…  the writer’s comments that “Your website design is outdated,” and “Your 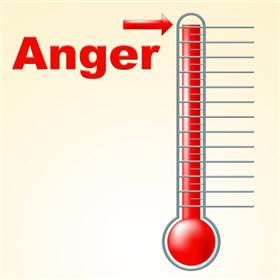 current website reads more like an encyclopedia rather than a marketing platform” annoyed me. A lot. I was tempted to write back with a few comments on her behavior. But I didn’t. It’s not my job to educate her, so … let her go sink herself.

And that brings me to why I’m mentioning this…

Agents seeking more listing inventory very properly go after expired listings and FSBO’s – and the temptation there to criticize is very great.

When talking with a FSBO seller you might be tempted to point out just how foolish they’re being. You might also be tempted to tell them their price is way out of line.

And you know what? If you do, all you’re going to do is anger and alienate them.

Even if they decide to sign a listing, it probably won’t be with you. NOBODY enjoys being criticized, even when the criticism is valid. And while we may feel it necessary to put up with it from a spouse or a boss or even from a parent or child, we don’t have to take it from a stranger. We can tell them to get lost, and mean it.

What should you do instead?

Give them facts. When talking about an expired listing, outline the steps to a successful sale and let THEM decide where things went wrong.

If the agent was the cause of an expired listing, they’ll see it. If you point it out, they’ll take it as a criticism of their ability to choose a good agent – and they might even get defensive.

If their own behavior was the cause, they should see that as well, once you’ve shown them the important steps in selling a home. Offer to sit down with them and go over what went wrong as they see it. Present them with a market analysis without ever mentioning the price that didn’t work – and show them why you recommend the price you’ve stated.

Don’t offer a market analysis until/unless they indicate that they’re ready to list. You want to be helpful, but not so helpful that they decide they don’t need you.

You can see examples of this approach in the samples on my FSBO letters  and Expired Listing Letters  pages.

The bottom line: Be careful what you say – either in person or in a prospecting letter.