Once again, we’re about to see an abundance of distressed homeowners.

Thankfully, there’s no housing crash this time. However, due to COVID-19, there are a lot of people who are, 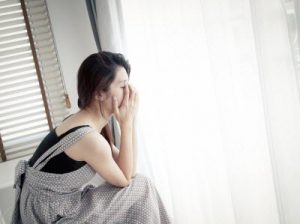 or soon will be, unable to keep up with mortgage payments.

Thanks to the CARES Act that President Trump signed in March, those with government-sponsored mortgages will still be eligible for forbearance until March 2021. Those with other mortgage loans are probably seeing their forbearance end right about now.

Unfortunately, some of those homeowners are learning that they’re expected to repay the missed payments immediately. Others will be given time.

Homeowners who are still unemployed may soon become distressed homeowners.

Either way, if they’ve been living on unemployment insurance, they may be struggling when their forbearance runs out.

You can help these struggling homeowners in three ways.

First, you can get their houses on the market, so they can be sold before their inability to make payments puts a stain on their credit ratings.

Second, you can give them guidance and advice to ensure that those homes will sell quickly.

News about housing inventory shortages, combined with the homeowners’ understandable depression over giving up their homes, may lead them to try selling without making an effort. They might also think they can get any price they name.

If you’ve been working with buyers, you know that isn’t true. Even with a shortage, home buyers won’t just grab any available house, regardless of its condition.

It will fall on you to educate those home sellers. They still need to list at market value and present their homes to their best advantage.

What’s third? How about putting together a comprehensive list of rental properties, just to help them find somewhere to live after you sell the house?

How will you reach the homeowners who need you?

With prospecting letters to selected neighborhoods. You know your city and probably have a good 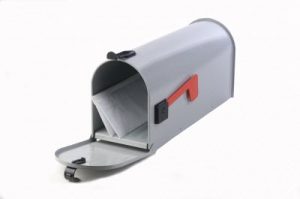 idea about the income level of people who have been forced not to work. Choose a neighborhood or two that is populated by homeowners in that income group.

Then, why not do “Every door direct” mailings? You can use geographical prospecting letters, or go right to the point with my COVID-19 Struggling Homeowner Prospecting Letters.

If you’d prefer to help people who have already missed payments, you can scour the courthouse or newspaper legal notices for those who have received a notice of default.

Those who lost their income aren’t the only distressed homeowners


If you live in one of the cities that has been / is being plagued by riots, I predict that there will soon be an abundance of short sales in your area.

Perhaps news reports are wrong, as they often are, but it appears that many are pulling up stakes and getting out of the danger zones. They aren’t waiting around to try and sell.

Homes in those locations can, and likely will, lose value rapidly.

Who will buy them? Who knows? At this point, it would be a huge risk, because the houses might not be standing after the next riot. That being the case, would a new owner be able to buy property insurance?

Whatever the outcome, I believe there will be people willing to buy, as long as the price is right.

If you represent sellers in any of the affected cities, it would be wise to brush up on your short sale skills, then begin prospecting.