You are here: Home / real estate grammar / Do these two words harm your credibility?

We all know that real estate agents rank low in listings of “most trusted” professionals. Members of Congress rank lower, but still…

We all know agents who perpetuate this with their terrible service and sometimes dishonest dealings, but 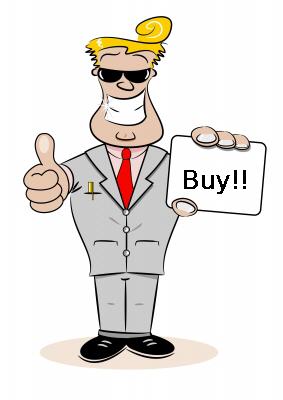 I wonder if honest agents are helping bring down the industry’s trust ranking by using words that sound a bit – well, sleazy.

Two words in particular give me a negative reaction. To me, they sound like the speaker is trying to put something over on someone. Like what they’re saying isn’t quite honest. Like… maybe like the stereotypical crooked used car salesman or the guy pulling a con in the dark corner of a barroom. They sound to me like the speaker is a bit of a vulture.

What are those words? Deal and pitch.

They just hit me wrong.

Yes, a real estate transaction is a “deal.” The dictionary describes deal as a contract, a bargain, an arrangement or an understanding. But… it makes me think of the guy on the street corner saying “Pssst… Buddy – c’mere. Have I got a deal for you” before he tries to reel you into a con game.

Then, there’s “pitch.” The dictionary defines it as a spiel – a sales spiel in particular. Maybe that’s why it puts me off. Canned spiels always sound dishonest to me. And when I hear the word “pitch” I think of old Western Movies with the guy standing up on his wagon making a pitch for snake oil.

I’m probably over-sensitive to words, but my emotional reaction to those words just might be shared by others.

Why not say “transaction” and “proposal,” or “presentation” instead?