You are here: Home / real estate marketing / Does Your Marketing Fail to Mention What Buyers and Sellers Want Most?

If you’re like most top agents, it probably does.

Why? Because what your buyers and sellers want most is something you give them without thinking it’s a big deal. It’s not special; it’s merely the way you do business.

And since it is something you take for granted, you probably don’t realize that from the client’s point of view (not knowing all the work you do behind the scenes) it is perhaps THE most important benefit of doing business with you.

You also might not realize just how many other agents fail to provide it.

What is it that buyers and sellers want most? 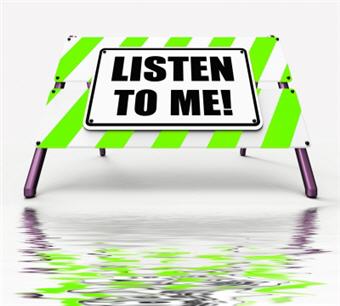 Since you take the giving of attention for granted, you probably don’t mention it in your marketing. You assume that they’ll assume it’s part of the package.

But that’s not necessarily true. Consumers who have had dealings with agents who didn’t have your attitude know that signing a representation agreement doesn’t mean they’ll get attention.

Consider my son’s experience. He has a rental property he’d like to sell and has now listed it 4 times.

Agent #1 put up a sign and was never heard from again. My son waited until the listing expired, then moved on to agent #2. He at least sent a link to the listing on MLS, but then, nothing. Not a word. 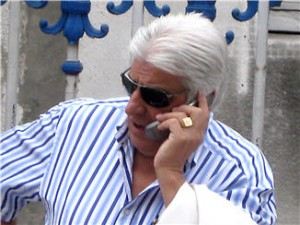 After leaving messages and sending emails to his agent several times between March and June – and getting no replies – he finally wrote and said he wanted to cancel the listing. THAT time he got an answer: NO. It was against company policy. Rather than pay for an attorney, he also let that listing run out.

Interestingly, after he listed with Agent #3, Agent #2 emailed him to say that he had a potential buyer and asked if he could show the property. My son wrote back and said of course, but he needed to work through the listing agent. Funny that no showing ever took place…

#3 faded away and was never heard from after the first month.

Now we have #4 – and when the listing expired with him, it was renewed. Why? Because he has caused it to be shown many times. He’s brought in a couple of offers that didn’t quite work out in spite of his best efforts. Also – he does send an email or call every now and then, and we get reports of how many viewings the property has had on Trulia. He also responds if one of us contacts him.

Honesty, pricing expertise, and negotiating skills are all important, but if the client feels ignored, they don’t count for much.

Your marketing message can and should mention the attention you give.

You can work it into your home page and your buyer and seller pages, and you should absolutely work it in to your agent bio.

Include it in your first interview with a new client by telling them how often they can expect to hear from you and how long it generally takes to return a phone call, email, or text. Of course you don’t want them to expect an instant reply, so talk about not taking other people’s calls when you’re with them.

Man on the phone courtesy of Morguefile.com