Although the Fair Housing Act (also known as the Civil Rights Act) was signed into law in 1968, making it illegal to discriminate against home buyers or tenants on the basis of race, color, religion, national origin, and gender, we didn’t hear much about it in our area until the late 80’s.

My real estate instructor had touched briefly on the fact that “blockbusting” and “steering” were common at one time and were now illegal, but it wasn’t until after disability and familial status were added to the protected classes in 1988 that any of it received attention here.

I’d guess the reason no one paid much attention in North Idaho was that this is not a diverse area. The racial questions just didn’t come up.

We were walking on eggs…

The regulations on advertising were at first more restrictive than 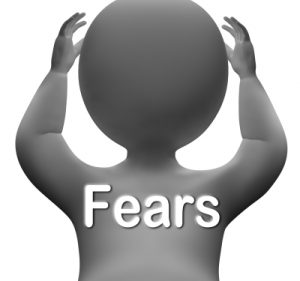 they are today. We read of many lawsuits stemming from someone advertising that a house had a walk-in closet or was within walking distance of a bus stop. References to hearing and seeing also caused an uproar.

Once the outcry started, religion didn’t get left out. Someone sued a real estate agency for including a reference to Christmas in an ad.

Familial status got its day in court when a property owner was sued for refusing to rent a 3rd story apartment with low window sills to a family with toddlers. He couldn’t bar the windows because they were necessary in case of fire, and he feared that a child would fall. I’m sorry that I don’t remember the outcome of that lawsuit – nor do I know if common sense would prevail in that case today. (If you do know, please share.)

Fortunately, in 1995 HUD issued a memorandum stating that phrases like “Mother-in-law unit” and “walk-in closet” were not in violation. Neither was the term “Master bedroom” or the phrase “walk to the bus stop.” They also declared it acceptable to say “Merry Christmas” or “Happy Easter.” We could once again say “Hear the birds twitter,” although most of us didn’t know that the rules had changed for the better, so we kept walking on those eggs.

According to the National Fair Housing Alliance, more than 25,000 housing discrimination complaints were filed in 2017. More than half of the complaints were based on disability, followed by race at 20%. As you would expect, a good number of complaints dealt with renting, not purchasing.

Some were no doubt based on actual discrimination with intent to discriminate. Others were likely unintentional – the result of inattention to the guidelines.

In some instances, trying to assist your clients can be seen as discrimination.

If a buyer asks you to find them a home near others with the same national origin, who speak the same language, I think you should be free to do the research and comply with their wishes. After all, it’s THEIR wishes, not yours.

The same goes for helping someone find a home near the church of their choice or in a neighborhood with people who share their lifestyle with regard to familial status. Most couples with young children want to be in a neighborhood with other families with children, and many singles might prefer to live around other singles.

But that’s my opinion, and the law says I’m wrong about that.

The safest thing you can do is explain why you can’t provide that information, then point people to websites with the information they want. You can also advise them to drive through the neighborhoods, or even knock on the neighbors’ doors to get the information you cannot legally provide.

I know, that’s difficult at a time when inventory is low and buyers need to act quickly.

The key to compliance in advertising is to carefully avoid excluding anyone based on their race, color, religion, national origin, sex, disability, or familial status.

You would never say “No ____ ,” but there is more than one way to exclude – or to APPEAR to exclude.

Saying things like “Perfect for a young couple,” or “A great home for a large family” could imply that you don’t want to sell to singles. “Perfect for singles” might indicate that families are not welcome. Words like “exclusive” or “executive” might imply that a person must be of a certain financial or social class in order to be welcome.

In an age of political correctness and hyper-sensitivity to anything that could be perceived as a slight, you need to be almost as careful as we did back in the early 90’s.

Re-read your advertising copy and property descriptions with an eye toward how someone looking for signs of discrimination might interpret it.

or family make-up in the photos that accompany your advertising.

The best idea – mix it up. Include singles, couples, couples with children of varying ages, young people, middle-aged people, the elderly, the disabled, and representatives of every race. No, you don’t have to put them all in one ad, but vary the photos from ad to ad.

Include the Fair Housing symbol in your ads and on the wall in your office.

I thought using the logo was a requirement, but according to the National Fair Housing Alliance website, it is only recommended. HUD considers use of the logo as evidence of your compliance with the Fair Housing Act.

What if you have a seller who demands that you discriminate?

What if you have a buyer who demands that you discriminate?

You could have a buyer who does not want to live near people of a specific nationality or religion. Or, they could insist that they do not want to be located in a neighborhood with young families or a condo primarily occupied by singles.

If they want to choose their own neighborhood without your assistance, fine. Otherwise, just say no. It’s no-win situation that you will be better off to avoid.

Be careful. There are people out there who are looking for a reason to be offended. You don’t want them to find it on your website, in your other marketing materials, in your social media posts or comments, or in your conversation.