When you need to find listing prospects, look to your local newspaper. Here is where the events of people’s lives are recorded and shared, for better or for worse.

You will likely have to do additional research to find contact information for the people involved, but if you’re eager to find listing prospects, that’s a small price to pay. Especially if you have time on your hands because have no listings!

Start with the legal notices as you begin your quest to find listing prospects .

Unfortunately, this is where you’ll find the sad part of the news. Individuals, attorneys, and mortgage 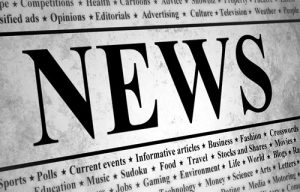 You may have an easier time with this one, because the attorney of record is likely to be listed. His or her contact information should be easily accessible on line. My Probate Prospecting letter set includes letters to the attorney of record as well as letters to the executor. The executor may also be named, and there should be an address to which creditors may send claims against the estate.

Do check public records  to see if the deceased was a property owner before you begin mailing.

From there you’ll need to check public records to determine whether one or both parties owns real estate. Remember that a house may not be jointly held, but both parties may be listed on a mortgage. That’s important in divorce, as it means both parties are liable for the payments.

Since divorce is often an antagonistic situation, my Divorce Prospecting Letters assure the divorcing parties that you’re willing to meet with them separately.

If you want to find listing prospects who are facing default, watch these notices regularly. The sooner you contact them, the better. The path from default to foreclosure follows a time-frame, so you and the homeowners will need to act quickly to sell the house and satisfy the debt before foreclosure takes place.

You’ll find a variety of prospecting letters to homeowners in distress at: https://www.copybymarte.com/prospecting-to-homeowners-in-distress/

Tax sale notices generally list the property that’s going to be auctioned off in the near future.

That gives you the opportunity to take a look and see if any or all are good listing prospects.

If so, you can reach out to those property owners and help them salvage their equity by selling the property and paying the overdue property taxes before the sale takes place.

Would you rather find listing prospects who are in happier circumstances?

Then check these announcements…

While those in their early 20’s may not yet be homeowners (and would thus be buyer prospects), people who 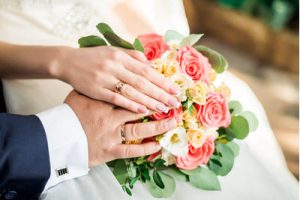 marry a little later probably are. And statistics show that overall, people are marrying at later ages.

Single people do own homes. In fact, according to a report from arivaca-connection.com, over 38% of home buyers in 2018 were single people.

So read the marriage and engagement announcements. Then do the research and learn whether one or both parties is a home owner. If they both own homes, it’s likely that one home will be sold. Even if only one owns a home, they may want to start their marriage with a different home.

That makes marriage and engagement announcements a good place to find listing prospects. The worst that can happen is they’ll say no – the best is that you’ll have a shiny new listing. So reach out!

While these often list new people coming in (also known as buyer prospects) they may also note promotions for people who will be transferred to another city. If they show up in a search as homeowners, reach out to them!

When people who have been in office for many years are voted out, they may be returning to a hometown, and thus have a house to sell. While you don’t want to focus on their defeat, you can send a general “Have you thought of selling” prospecting letter.

Everyone needs a place to live, and homeowners are reluctant because they don’t know where they’d find another home if they sold their current home.

But some people actually need to sell. Consistent attention to your local newspaper, plus a bit of research, should put you in touch with valid listing prospects.

So get busy! And when you don’t know what to say to them, one or more letter sets from my large selection of prospecting letters will give you the words you need.