You are here: Home / real estate success strategies / How will you adjust to the new real estate market?

Meanwhile, buyers want drastic price reductions if a house has been on the market for more than a week.

We can all see reasons for the slow-down in this new real estate market. 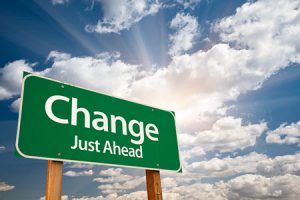 Rising interest rates have priced some buyers out of the market. Sellers are still reluctant for a few reasons, such as not seeing something else to buy if they sell and being upset because they might not get the high price they were dreaming of just a few months back. Some are also thinking about the higher interest they’ll have to pay if they sell and buy a new home.

On top of that, nearly everyone is concerned about inflation and the economy.

How will you adjust to working in the new real estate market?

First, by not becoming “Chicken Little.” The sky is not falling. Some people will need to sell and some people will still be able to buy. There just won’t be as many of them, so you’ll have to work a bit harder to find and appeal to those people. Then you’ll need to nurture sellers in ways that were perhaps not necessary for the past few years. Buyers may also be a bit more demanding.

What are other agents doing about this?

Interestingly, over the past couple of weeks I’m seeing more agents purchasing my expired listing prospecting letter sets. They wouldn’t be doing that if they weren’t seeing expired listings coming up in MLS.

What do expired listings tell you?

Assuming (perhaps wrongly) that the sellers listened to their agent with regard to things like price and presentation, it tells me that some agents aren’t giving their sellers enough attention. Sellers have come to expect that they’ll have an offer within days of listing, so when that doesn’t happen, you’ll need to reassure them and explain the reality of the new real estate market.

That means staying in touch – perhaps daily – and showing them what you’re doing to get their homes sold. Did you post an ad on social

media? Did you schedule an open house? Did you talk it up with other agents? Did you make a showing appointment or two? Did you introduce a potential buyer to a lender who can help them? Whatever you’re doing on their behalf, let them know!

Back in the days when it could take 6 or 8 months to sell a house in our community, we called people regularly, and had a form letter that went out monthly, telling them what had been done with their listings. In addition to the things I already mentioned, we’d tell them about adding new photos, print ads we’d placed, ad changes made in MLS, etc. They wanted to know that we were making some kind of effort to get those properties sold.

Listing clients want to know you haven’t forgotten them.

You may have to “Market Like You Mean It.”

(Thanks Barbara Todaro, for teaching us that phrase.)

It might mean making a bigger marketing effort by using professional-quality photos, posting floor plans and virtual tours, and taking the time to write engaging property descriptions. You may also need to make a better effort at sending Just Listed cards or developing a geographic territory of your own.

Sadly, agents may be blamed even if the expiration was the sellers’ fault.

We all know about sellers who insist on the wrong price, who won’t keep the house in showing condition, who won’t leave when its being shown, and/or refuse to negotiate if they don’t like an initial offer.

But that doesn’t mean you shouldn’t go after the listing. It could be that when they get the same advice from a second agent, they’ll begin to listen. If not, this probably isn’t the time to go ahead and take an over-priced listing. It is probably also not the time to take a listing if the sellers refuse to do necessary clean-up/fix-up chores. Buyers are paying more, so they’re being more cautious.

(I will never forget the would-be seller of a filthy house who told me “They can clean it when they buy it.” And no, I didn’t take that listing. I couldn’t fathom who “they” might be.)

I know, saying no to a listing is tough when they’re in short supply. But if a listing is doomed from the start, your time and money are better spent in pursuing other listings.

Don’t forget about the people who really must sell.

That can include divorcing couples, those who have inherited a house, and both corporate and military homeowners who have been transferred. And of course it includes those who can no longer keep up with payments due to an illness, death, or job loss. You will always have those categories of sellers, so reach out and touch them.

If you want to begin prospecting to some of these homeowners but don’t know what to say, visit my prospecting letters page. You’ll find letters designed to show those homeowners that YOU are the agent they need.

As for buyers in this new real estate market…

They may be a bit more demanding now that there is less competition for each home coming on the market. They may want to see more homes and may have longer “must have” lists. But look at the bright side! This may not be any harder on you than writing offers on a dozen homes before getting a “yes,” but it can be trying.