Why is real estate typography important? 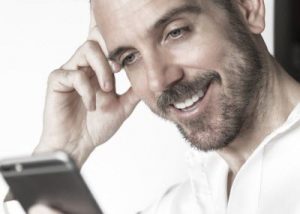 typography will cause them to skip right on past.

In some ways it is the same as readability. The Yoast plug-in on my WordPress blog alerts me (no, nags me) if a sentence is too long or if I have too many words between sub-headings.

Typography is something more, however. It also has to do with font size and style, color, and white space.

Martin Silvertant, answering a question on Quora, says that “Typography is an art that makes language visible.”

An article I read recently recommended using nothing less than a 14-point font. I kind of agree, but… it all depends upon the font style. Some are naturally larger than others. I use a handwriting font to say “Thank You” at the top of pages included with my prospecting letter sets. That font would show up as tiny in 14-point.

And – in some fonts a 14-point body text would look a bit like all bold – as if it’s shouting.

The article also recommended using black type on a white background. If you really want to use something else, then use a “contrast tester” program to see if your choice will be easy to read.

I think the best idea is to use your own eyes. Look to see how easy it is to read the words.

I once had a client who insisted on using white type on a gray background – and I couldn’t talk him out of it because his “web guys” said it was stylish. It was horrible to try to read. Gray on white is also difficult, as is white or gray on black. And as for yellow on white… I wouldn’t even try to read it.

Once I send a client his or her real estate bio, community page, or other copy, I have no control over how they use it. I can only hope that they leave my paragraph breaks and empty lines in place. I also hope they’ll use black print on white. Usually they do. Sometimes they don’t.

The font style is important to real estate typography.

Tests have shown that sans-serif is easier to read on a computer screen than serif, while the opposite is true in print materials. Fonts that are anything but plain, ordinary print might look nice, and they might serve as good contrast for a header, but used extensively they’re a poor choice.

Fonts can convey emotion and signal the seriousness (or not) of the words you write. I’ve seen many who were ridiculed for using Comic Sans where the readers felt it inappropriate.

Most of us wouldn’t think to use something like a “Chiller” font in marketing, but we might be tempted to choose something that looks sophisticated.  That can also be a mistake, because the font affects readability. I like using a script font for a Thank You or a short headline, but it’s difficult to read in an entire paragraph. So are many others.

“Typefaces are to the written word what different dialects are to different languages.”
― Steven Heller

Again, instead of trying to memorize typography advice, use your eyes.

Use your friends’ eyes. Use your family members’ eyes.

White space is a benefit, not an expense.

Once upon a time, marketers tried to cram every possible word into ad space, because the space was sold by the 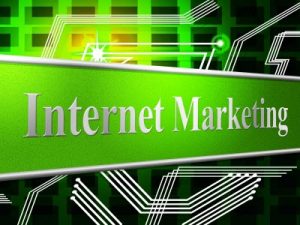 inch. They used small fonts and left no lines between paragraphs. It was hard to read, but perhaps not quite as critical in those days because everyone was doing the same thing.

I have no idea why most (all?) Multiple Listing Services disallow paragraph breaks in property descriptions. They’d go a long way in making sure those descriptions were understood.

Some people still try to cram too many words into letters, postcards, flyers, and brochures, and yes – emails and web copy. It’s a terrible mistake.

White space allows your message – and your reader – to breathe. It’s especially important when writing for the web, because it also allows our eyes to keep track of where we are on a page.

It’s vital in marketing because (face it) many people prefer to skim rather than read every word. Breaks give their eyes a place to land, and hopefully pause, as they jump down the page.

Graphics are another component of real estate typography.

It’s becoming rare to find a real estate blog post without some sort of graphic. Why? Because they break up the copy and give the article more visual appeal.

The article stressed the importance of making your links easy to see. When I read that I thought “Doesn’t everyone?” After all, we include links in the hope that people will click on them. But then within a few hours I came across an article where the links weren’t evident. I only saw them by accident.

I guess the answer to “Doesn’t everyone?” is “No.”

Yoast said to make the links a different color and underline them. Yes. Good idea.

Of course real estate typography alone is not enough…

You still need to use good grammar, word choices, and spelling. That means proofreading remains essential.