You are here: Home / real estate self-promotion / Is there one prospecting method that works for everyone?

It sounds crazy, but I believe the answer is yes, there is one prospecting method that works for everyone.

For the most part, I believe every agent should follow his or her own path – choosing a niche or a neighborhood to prospect. However, unless you work exclusively with buyers or prefer only to work with probate executors, couples going through divorce, or homeowners facing foreclosure, there is one prospecting method you should be using.

I generally avid using the words “you should,” but in this case I believe it’s true.

You should be using just listed, under contract, and just sold cards or letters.

You know I believe in prospecting – both in targeted postal mailings to those in your niche or farm area, and 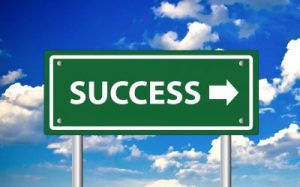 in email to buyers and sellers who opt in on your website. Even if you’re not ready to do that, I believe you should begin using just listed campaigns.

The only good reason not to prospect is that you already have so much business from past clients and referrals that you don’t need any more.

Why use this prospecting method?

This prospecting method is tried and true…

It’s not some new, untested prospecting method. It’s one that has been used and is being used by top listing agents across the country.

However, it’s being ignored by agents who believe social media marketing and putting their listings on MLS and other Internet portals is enough. 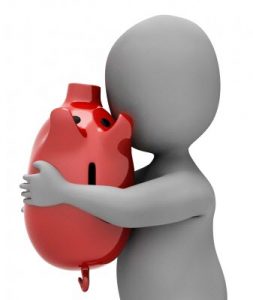 It’s also being ignored by agents who don’t want to spend money on postage.

As a result, in some communities, no one is prospecting. Do you think you’ll stand out if you’re the only one doing it?

And if they are prospecting, but are sending “Look at me, I’m wonderful” messages, do you think you’ll stand out even more? I do.

If you’re just getting started, you probably can’t afford to mail to hundreds of homeowners, but that’s OK. Start out by mailing to a dozen or two homes surrounding each of your listings. Then, as those sell, increase your reach.

What if you don’t have any listings yet?

You can still make the announcement. As long as you don’t pretend that it’s your listing, you can inform homeowners that there’s a new listing in the neighborhood. You can remind them about the interest being generated and the fact that only one buyer can win the home that’s listed. There may be others waiting.

It’s a good way to show that you’re on top of things – and have more ambition than many of your competitors.

If you don’t know what to say, use my Just Listed letter set.

This set includes copy for 6 cards, plus a brief document you can leave with the homeowner after a listing presentation.

Click here for more information about the letters and how to use them.

Where can you find the addresses for all of the neighbors?

Your title company might provide them, or you can use a company like Cole Realty Resources. I’ve been an affiliate of theirs for years because I’m so impressed with the information they can provide. You can simply draw a line around a section on the map, and they’ll provide names, addresses, and even email addresses.

They also have a mobile app that lets you learn about the owners of a house when you’re sitting at the curb. What a way to contact FSBO’s!

Do be ready for surprises…

When you’re the listing agent, you should include a photo of the house in question. In spite of doing that, I had two strange experiences in sending Just Listed cards. Both times it was an elderly person who called – angry and worried because they thought I was trying to sell their home out from under them.

One lady called twice, a couple of weeks apart. The first time she called I explained that it was the house across the street from her, and I thought she understood. Apparently she didn’t throw the card away, because I had to explain it all over again a second time.

The other caller was a gentleman who was spending the winter in California. His neighbor had called to alert him that his house was for sale. No matter how many times I tried to tell him which house was for sale, he didn’t listen. Finally I said “Even if I wanted to sell your house, I couldn’t show it to anyone. I don’t have a key.” That satisfied him.

There was one more strange (unpleasant) experience, but it would have happened no matter 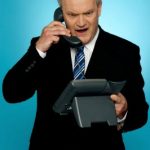 which prospecting method we had used.

A man called at night and left a message on the machine – cussing us out with some very colorful language. He demanded that we stop sending him mail. Unfortunately, we couldn’t comply with his demand, because he didn’t give his name.

You just can’t please everyone.