How many times has a buyer or seller asked you a question that was legally outside of your field of expertise?

More importantly, how many times did you answer one of those questions without thinking about the liability?

As an agent, you’ve been schooled in real estate law, but that 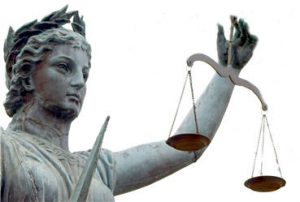 schooling is for your own protection, so you’ll know enough to stay out of risky situations. For instance, you learned that you have to disclose your own interest in a property, and you learned the rules for record-keeping and handling client earnest money. You learned about fiduciary duty and truthfulness in advertising.

Depending upon your State laws, you learned that it’s your duty to disclose any material facts about a house to a buyer, and you learned that making that disclosure just might cause a conflict between you and the seller.

If your instructor liked to tell stories, you probably also learned about many things that both agents and clients do / have done that landed them in the middle of lawsuits.

You aren’t a lawyer and you aren’t licensed to advise clients about the legality or illegality of their actions. 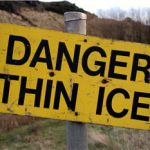 could lead to a lawsuit is say “I am not licensed to give that kind of advice, but I do think it could have legal consequences, so I suggest you ask an attorney.”

Even a conversation in which you and a client are just “kicking ideas around” could lead to the client acting on something you said and later blaming you for the consequences.

The penalty for the unauthorized practice of law varies from state to state, and could result in a fine, a suspension, or a complete revocation of your license.

The definition of Unauthorized Practice of Law also varies from state to state, and it’s in your best interests to know the definition in your state.

Take the time to read your State Statutes and make sure you are in compliance.

In many states the forms are long and complicated, so buyers and sellers can become confused about the meaning of various provisions. When that happens, you should not try to give explanations, but should refer them to an attorney to ask their questions.

I know, when you know the answer you want to give it, but play it safe. Don’t.

Thinking of filling in the blanks… I haven’t seen a legal opinion on it, but failing to fill out all the blanks on a form can also get you or your clients in trouble. Just think of the possibilities if someone else takes it upon themselves to fill in that blank after your client has signed the agreement.

What else must you NOT do?

Giving Legal or Tax advice could cost you your license.

Giving construction or inspection advice could put you in the middle of an expensive lawsuit.

“Obedience of the law is demanded; not asked as a favor.”
Theodore Roosevelt

“There is a higher law than the law of government. That’s the law of conscience.”
Stokely Carmichael

Stay current with the laws that apply to you. 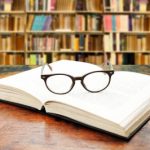 In addition to reading and studying your State Statutes, remain current with changes in the law by paying careful attention to Continuing Education classes and bulletins that come from the Real Estate Commission.

You already know that you must never answer a question or say anything that violates the Fair Housing or Americans With Disabilities regulations, but there are plenty of other ways to get yourself in trouble, so pay attention.

If your state issues quarterly newsletters listing agent violations, read them. See what other agents have done to get themselves in trouble, so you can avoid the same mistakes.

I recall years ago when one of our most popular real estate instructors was embarrassed by his appearance in that section of the newsletter. It seems he had allowed an unlicensed employee to act as an agent on his behalf.

He taught a class on real estate law. So if anyone knew better, he did. But…

Even experts can make mistakes, so be careful. Know and follow the laws that apply to you as a licensed real estate professional.

Textbook Image courtesy of pannawat at FreeDigitalPhotos.net
Other Images courtesy of Morguefile.com.