You are here: Home / Uncategorized / Real estate agents working from home – yes or no?

Real estate agents working from home – is it a good idea? 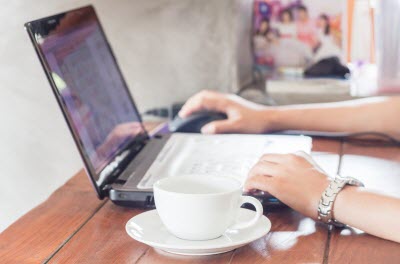 Way back when I was licensed in 1985, no one had even heard of real estate agents working from home. At least not here.

Some customers and clients called you at home, as did some other agents. Prospects didn’t call you at home because your number wasn’t “out there” for them to find. If they wanted to speak with an agent, they waited until business hours and either called or walked in.

On your floor day, you stayed at your desk and talked to people who called or came in.

I remember when a few agents began working from home in our community. Everyone laughed about it because we all assumed that it meant they were taking a day off. After all, if they were actually working from home, why didn’t they answer the phone?

Today there are plenty of real estate agents working from home.

In fact, I did some copywriting for an agency whose owner/broker and agents all worked from home – they had no bricks and mortar office.

Is working from home a good idea for you?

Only you can say, but here are some issues to consider before you decide.

Camaraderie and encouragement are largely missing for real estate agents working from home.

If you’re new to the business, this is something to strongly consider, because there will be days when you really do 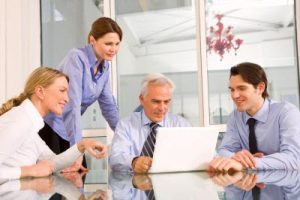 need someone to give you a push up the hill. Sure, you can call someone, but sometimes talking over a situation with a group of agents in the office is what you need.

Remember, whether it’s a frustrating client or a mistake you’ve made – someone else has been in your shoes before. If you’re in an office filled with good people, they’ll give you both encouragement and advice on how to fix the problem.

If you’re a seasoned agent, you might not need the camaraderie, but you might like it. For you, going to the office might be a good idea only when you want some real estate companionship.

Real estate agents working from home don’t get much opportunity to learn from others.

You can take classes – and you should. But hearing about situations as they happen and listening as problems are solved will give you the benefit of other agents’ experiences. You can listen and learn from conversation in the office, taking a coffee break with other agents, or even riding along on appointments now and then.

Some offices conduct round-table discussions or bring in speakers. It’s good to be there to take part – especially when you’re a new agent.

If you’re an established agent, you don’t need so much education and advice. And when you do need some input, you probably have a short list of other agents to consult with. The office isn’t all that important as a learning tool.

Being there to get leads can be important when you’re just starting out.

Granted, the leads may not be as plentiful as they were in the days when the brokerage did all the advertising and all new leads came through the office. However, doing floor time can still be profitable. There will always be those people who call the brokerage rather than an individual agent.

In addition, if you’re in an area where open houses bring in clients, being in the office puts you in a position to say “Yes” when another agent needs someone to cover or assist with an open house.

If you’ve been an agent long enough for most of your business to come from referrals – or if you’re a master marketer who brings in plenty of solid leads – you don’t need to be in the office to get leads.

Self-discipline is the next issue when working from home.

Real estate agents who work from home must have a healthy dose of self-discipline When you aren’t expected in the office at a set time, it’s easy to sleep in just a bit – or to indulge in a favorite morning TV show before you get down to work. A nap is a real temptation when no one is pushing you to get going. 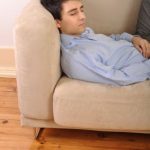 o say “I don’t have anything pressing to do today” and ignore the fact that when you’re a real estate agent, there is always something positive that you could be doing. Self-promotion and marketing are ongoing projects. You might finish one marketing project, but there will always be another to take its place. There will also always be someone you could call or email; someone to whom you could send a thank you note; or someone who might decide to take action if you send one more letter or postcard.

That is not to say that self-discipline isn’t an issue if you’re in the office.

I’ve seen far too many agents waste far too many office hours playing computer games, shopping, or discussing the last evening’s TV shows. Then they’d talk about how many hours they were “working” for the pitiful number of closings they had.

Distractions are an issue for everyone.

Real estate agents who work from home simply have a different set of distractions from those who work primarily from an office.

When I was in the office, I got frustrated by both customers and friends who dropped in to visit. A common belief was that since I was in the office I “wasn’t doing anything” so they could settle in for a chat. I think tactfully getting them to leave was one of my most difficult challenges.

It wasn’t that I didn’t want to see them and talk with them – but when I was at my desk I usually had something to work on. You can’t make phone calls or write an ad when you’re talking with someone.

I thought it would be easier when I started working from home. Nope. Then the distractions doubled. People would call and assume that since I answered the phone I must not be busy – so I must have time to visit. I finally started screening my calls, which isn’t the best thing to do when the caller might be a new prospect.

“Home” was another distraction. My thoughts often went something like:

I can say from experience that working from home isn’t easy. You MUST have the discipline to stick with the task at hand or you’ll end up getting nothing done. Today, as a freelancer, I face the same challenge.

The bottom line: Working from home is a good idea for some and a poor idea for others.

Only you an decide which is best for you.