Inflation is taking a bite out of everyone’s budgets, which makes it more important than ever to spend your real estate marketing dollars wisely.

Yes, you need to spend money, but you don’t need to waste it.

It was an oversized card, with a full-color photograph of a semi-remote, sparsely inhabited area on one side.  It included an inset of an 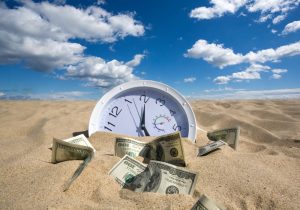 outlined 12+ acre parcel that abutted a road. The header read “Property for sale near you.”

The reverse was a message from the listing agent that ticked off most of the boxes in any “don’t do this” primer on marketing.

First, it failed to engage the reader with anything resembling the answer to “What’s in it for me?”

It began with “I just listed…” then went on to say that this parcel was off a road with an address in a neighboring town.  Why would anyone in our community be interested in knowing that he listed land in another community?

The next sentences tell how he believes he’ll sell this land quickly and that he wants me to be aware that it is for sale because it is in close proximity to our property.  (I assume that is intended to answer the question “Why do I care what you listed?”)

I didn’t believe it was nearby, but had to check it out just in case I was wrong. You never know, since addresses can be deceiving. As it turns out, I might have agreed with the “close proximity” part of his message had there been a maintained road between here and there.

It appears to be about 5 or 6 miles away. The trouble is, there’s a mountain ridge between here and there. There may be a logging road or two snaking around those slopes, but I wouldn’t count on it.

This agent obviously didn’t do the right research before choosing addresses to receive his message.

I don’t know what postcards like that cost, but they aren’t free, and neither is postage. Did he draw a circle around his listing and call everything with a certain number of miles “close proximity?” Or did he buy a list from someone else who did so?

Whatever the cause, he wasted real estate marketing dollars by mailing to the wrong people. At least one of our neighbors also received that card.

Next: The message began with “I” and was all about him.

It began with “I just listed,” went to “I anticipate,” then to “I wanted,” and “I specialize.” 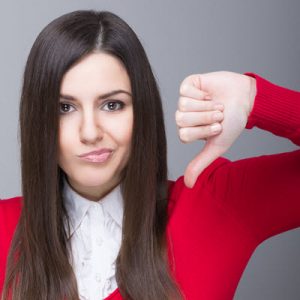 He went on to say that he was an expert in North Idaho properties and that he’d be glad to tell me about land values in my area. Then he showed a Washington phone number. (If you’re a North Idaho native, you’ll know why that makes him less credible.)

If you read my messages very often, you know I believe in using just listed cards, but they absolutely must give a better reason for existing than to say: “I wanted you be aware.” My just listed cards offer two reasons:

Third: Although this was obviously an attempt to get more listings, he should have at least tried to market the parcel he already listed.

He doesn’t say anything about it beyond the size and the road it’s on.

If I was thinking of listing with him, I wouldn’t be impressed with this presentation.

It’s simple. I believe master marketer Bob Bly when he says that we should study the advertising that comes in our mailboxes. We can learn what not to do, and perhaps get a good idea for a new approach, a different twist, etc.

How can you be sure that you are not wasting your real estate marketing dollars?

First, by avoiding all the mistakes this agent made.

Then by taking a good look at where you’re spending your real estate marketing dollars and checking to see if you’re receiving a return on your investment.

The simplest way to know is by asking every new client where they found you. Unfortunately, some of them won’t be able to tell you. If you’ve done a good job marketing yourself, they may have seen you in several places before deciding to get in touch. But do ask. And if you get an answer, record it.

What about places where you spend time instead of money?

Your time is valuable too, so …

Remember that not all marketing brings immediate results.

Much of what you do is cumulative. Someone receives a series of prospecting letters from you. Later they see a social media post of yours that some friend has shared. Then they see a yard sign (or three) with your name on it. Then they get one of your just listed cards. Later they might be introduced to you at a meeting or social event.

They get curious and visit your website. They read your agent bio and like what they see there. Perhaps they start reading your blog posts or following you on social media.

And then, when they get ready to buy or sell, they remember you. They probably won’t remember where they first found you, but that’s OK.

Also remember that consistency is one of the keys to success in real estate marketing. 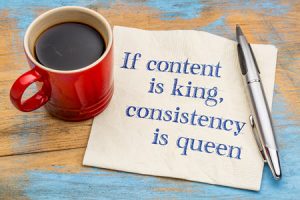 Whatever marketing path you set out on will require consistency to be effective. Mailing just one prospecting letter probably won’t get any results. Posting on Facebook or writing a blog post only 3 or 4 times a year won’t get you anywhere.  Attending just one meeting or neighborhood event, or volunteering just one time, might be fun, but it won’t get you marketing exposure.

When choosing your real estate marketing activities, choose those that you’re willing to do over and over and over again. Gathering real estate clients is not like selling a diet supplement or a set of frying pans, so don’t expect instant results from your client generation efforts.

Over the years, I’ve watched agents throw away thousands of dollars on trying this and trying that, without sticking with anything long enough to get noticed. Don’t be a grasshopper!

That doesn’t mean you should keep on doing something that doesn’t work.

If after a few months you’ve gotten no response from a specific marketing activity, stop and think it over.

If you’re reaching out to a purchased lead list, you should expect some kind of response, because these are supposedly people who have indicated an interest. It’s either your message or the leads that are faulty.

If you’re prospecting to specific groups, such as divorcing couples, estate executors, or people facing foreclosure, do two things. Make sure your lists are current and check the quality of your messages.

If social media isn’t getting results, take a class or two in how to do it more effectively.

One exception: If you’re developing a geographic territory, you may have to write to the same people for a year or more before you get a response. That’s because it takes time to establish yourself and to reach the people who actually want to sell. But, do take a look at your messages and make sure you’re following sound marketing rules.