You are here: Home / real estate prospecting / The Allure of Expired Listings…

It’s an old adage in real estate that it’s beneficial to be the second or even third listing agent.

Sellers have experienced disappointment and are looking for a solution, and therein lies the allure of expired listings.

Because they want solutions, they just might be more open to taking your advice when it comes to: 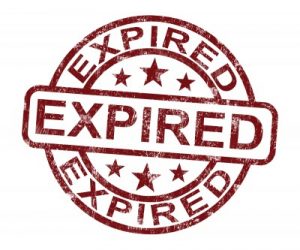 Sellers who failed to cooperate with their original listing agents might be very willing to cooperate after finding out that their demands led to a “no sale.”

If not, there are two likely reasons:

If it’s the message, you may be making one of two mistakes: Putting down the previous agent, or failing to show how you’re going to be any better. 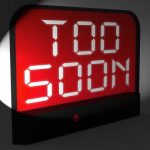 If it’s the timing, it could be that those sellers received so many letters immediately after the listing expired that they ignored all of them.

Also – They’re disappointed and they’re probably tired of trying to keep their house in showing condition. They may just want to take a break from the whole situation.

The solution could be to come back in a couple of months and try it again.

Criticizing the previous agent is always a poor idea, even if he or she deserves harsh criticism. For one thing, it makes you look petty, but that’s not the worst of it. When you criticize the agent, you criticize the seller for his or her poor choice – it’s like saying “Boy were YOU dumb.”

So instead of saying “He should have…” say “I will…” And even if you know for a fact that the agent only put one foggy photo in MLS and didn’t respond to agents who wanted to show the home, say “Your agent might not have…” instead of  “Your agent didn’t…”

The solutions: You can sit down and write a set of letters, or you can take advantage of the Expired listing prospecting letters I’ve already written.

The original set of ten Expired listing letters begins with an overview of the things that might have gone wrong. Subsequent letters go into more detail, discussing everything from pricing to presentation to marketing and negotiation, and even the importance of an agent’s reputation.

The set includes a seller’s checklist for getting a home ready to sell and a special report entitled “Why didn’t it sell?” that you can use as a lead generation piece on your website.

The short 4-letter expired listing prospecting set includes the checklist and special report, plus four letters that condense the information offered in the larger set.

The postcard-sized letters include the report and checklist, plus a dozen short messages that invite sellers to get in touch with you and learn more about the possible reasons why their house didn’t sell the first time around.

The high-end expired listing prospecting letters do lay a little more blame at the feet of the agent, because some high-end sellers won’t be open to thinking the failure has anything to do with them.

These letters point out some of the differences between selling a mid-range home and a luxury home, and they offer assurance that you DO know how to do it correctly.

The Multifamily Expired Listing letters are similar to the high-end letters in that they point out the differences between these listings and single family home listings.

The “Old Expireds” set solves the problem of being lost in a sea of letters. By the time a month or two or three have gone by, most agents will have crossed those expired listings off their lists and gone on to new ones.

If you keep good records and keep an eye on the MLS you’ll spot the ones who decided not to relist immediately – and who may be ready to start over now.

If you wrote when the listing first expired and got no response, try it again in 2 or 3 months. Those sellers might be rested up and ready to get moving!

All of these sets offer your time and expertise to sit down with the homeowner, go over the facts, and help them figure out what went wrong.