Whether you’re writing a blog post, a web page, or an email to a prospect, one of the first things you need to do is get rid of the notion that your high school or college composition teacher is going to critique your work.

They might, but since they probably aren’t your prospects, their opinion doesn’t count. 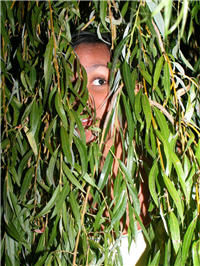 What does count when you are writing to attract prospects is that you come across as a person who is friendly, approachable, and knowledgeable.

What counts is that your readers see your personality, so come out of hiding!

To do that, you have to write in the same tone and with the same kind of language that you’d use if you were talking to your prospect in person.

Follow these rules to write so prospects can see who you are:

Clients want to work with real people, not robots – so when you’re writing to attract prospects, come out of hiding and let them see that YOU are the person they want.