Have you ever fired a client? Why or why not?

Something I learned after 19 years in real estate and another dozen plus years in copywriting is that sometimes the best thing you can do for yourself is to fire a client – or not “hire” them in the first place.

Which clients should you simply not hire?

Those who are not a good fit for your personality or your expertise.

When I write about choosing a niche I always recommend choosing a group of buyers or sellers whose company you enjoy. Choosing based on the size of your potential commission check is always a bad idea.

No one would like to admit it, but you just might not LIKE those folks who can afford multi-million dollar homes. You might also have negative feelings about people doing short sales, flippers, or even new home builders. You might not approve of buyers who are trying to purchase a home with hardly any money down.

So don’t try to gain them as clients. You’ll do a poor job and be miserable while doing it.

Choose to work with people whose values and preferences are similar to your own.

And stick to your area of expertise. If you know all about selling condos but nothing about selling a home on acreage with a well and septic tank, pass that rural listing on to someone with different expertise – or co-list with an agent who will help you increase your knowledge and skills.

And then there are those “bad vibes.” Some people just hit 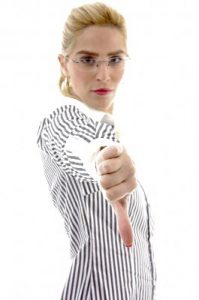 you that way. When you meet them, you can simply “feel” that they’re going to be bad news.

It might be because they “know it all,” as was the case with the potential client I wrote about in this 2015 Active Rain post.

It could be because they started in spouting political opinions or bigoted statements that made you cringe.

Bob Bly wrote about a similar topic for copywriters. He said: “… when your radar warns you to walk away because you would not work well with that client, in my experience your initial instinct turns out to be correct 95% of the time.”

“It is when your Spider sense is tingling, warning you of danger, and you ignore it and go ahead anyway, that you get into trouble and miserable situations. So mainly it’s your gut. Go with your gut, and you’ll be fine. Ignore it, and you’ll live to regret doing so.”

And which clients should you fire?

This is the case if:

They’ve adopted the attitude that you’re a paid servant and should be at their beck and call 24 hours a day – every day.

Here are a few more signs that it might be best for you to let them go:

They’re buyers who are unable to make a decision – you’ve shown them dozens of homes that they “love” but they don’t make an offer. They want to see a few dozen more, just to be sure.

They’re buyers who refuse to make reasonable offers – insisting that they WILL find that bargain if they just keep wasting your time with offers 40% under value.

They’re sellers who refuse to cooperate with getting the house sold. Who knows why. It could be that deep down they really don’t want to sell, or it could be that they’re so sure they know more than you that they won’t listen to your advice.

Saying “No” is something you owe to yourself.

I can tell you from first-hand experience that letting go of a problem client feels wonderful. It’s as if a large black cloud has been lifted.

I can also tell you from experience that those aren’t the clients who will help you pay your bills.

They’re the ones who will dominate so much of your time and your energy that you won’t be able to reach out to good clients – the ones who will help you pay those bills. They’ll also damage your home life – some with calls early in the morning and late into the night, and some just by making you feel too sour to enjoy the people you love.

How can you say no or fire a client without burning your bridges?

This is the tricky part – and the part that requires the most self-control on your part.

In order to get rid of them without suddenly finding yourself at the center of negative gossip on Facebook or reading negative reviews on Yelp, you must be careful not to lay any blame on them.

Saying no from the start is easiest. You can tell them that their property or geographic location is not your area of expertise.

You can also tell them that your schedule is full – you’ve run into some demanding complications on a transaction and simply don’t have time to take on a new client right now. If nothing else, you can tell them that you have a personal situation that prevents you from taking the listing or taking them on as buyers. (It will be true – the family situation is that you have to protect yourself and those you love from the negative consequences of a bad client.)

If you’re talking with a seller who insists on listing far above value, you can tell them that you can’t in good conscience take the listing at that price. You’d be doing them a disservice by pretending that you could sell it, and you would be unwilling to spend your marketing dollars on trying. The problem – if their feelings are hurt, they still might talk about you on line.

You may be very tempted to say you don’t deal with bigots or otherwise comment on their attitude, but think twice before you do. Remember Facebook, Twitter, and those review sites.

Again, find a way to exit gracefully without telling them that it’s their fault.

Possible ways to sever the tie: 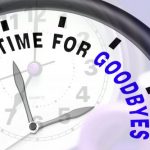 For buyers: “I can find no more to show you. Perhaps Sally or Joe over at XYZ has some pocket listings that I don’t know about.”

Or, you could go with the time constraints. “Something has come up and I’ll be tied up solid for the next several weeks. Since that’s the case, I’ll be glad to release your buyer agency so you can contact someone who is available right now.”

For sellers it’s a little more difficult, and will depend upon what has been said and done up to you deciding it’s time to get out.

You may be able to sit down and calmly discuss the fact that their expectations and the way you practice real estate are not in sync.

For instance, they may be insisting that you spend marketing dollars in a place you know is a waste of money. (I once had a client insist on advertising on E-Bay – and I didn’t fire her because she and her husband were “friends.”)

They might be trying to insist that you not show the home to people of a certain race. Perhaps the house is 40 miles from your office and they want you present at every showing. You’ll need to calmly explain that you’re not the right agent for them.

You know the various issues that can come between you and a listing client.  So before you do anything, decide which issue is the deal breaker for you and prepare your reasons for bowing out. If you’re well prepared you can stay calm and polite – and not resort to telling them you think they’re jerks.

You can also use time constraints with the seller. Let them know that you aren’t going to be able to give them the time they want, so you’re releasing the listing.

The main thing is to extricate yourself without giving them cause to go on Facebook or Twitter and say you called them nincompoops!