You are here: Home / real estate lead generation / Where to find listings, part 1

The old saying “List to last” couldn’t be truer than it is today. Agents who only work with buyers can find themselves working harder than ever, but not getting to the closing table. That’s what happens when there are far more buyers than sellers. And it leaves agents wondering where to find listings.

In this, part 1 of where to find listings, let us consider second home owners.

At least some of those individuals or families who own second (or third) homes aren’t using them – at least not often.

There are all sorts of reasons why.

Whatever the reason, since prices have skyrocketed, now would be a fine time to cash out.

Are we now in a real estate bubble? 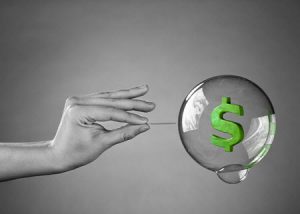 class can afford. Even if that’s the upper-middle, and even if two spouses work full time.

Many say that doesn’t mean we’re in a bubble, but that could be wishful thinking. What it means is that prices could tumble again.

With all that in mind, prospecting to second home and vacation home owners could be a good solution to “Where to find listings.”

If you don’t know what to say to them, use my second home/vacation home prospecting letters. I updated the set for 2022 by adding a 9th letter: “Are we in a real estate bubble.” The letter doesn’t make any predictions, but does introduce the idea as something for them to consider.