You are here: Home / real estate success strategies / Your speech habits affect both your image and your self-confidence

Today’s message is about your speech habits – but only partly about grammar. Some grammatically correct words convey a message that can undermine your self-confidence and your image as a professional.

One way to look silly is to use words meant to impress.

This is especially true if you use the words incorrectly.

I think of an old acquaintance who always used the word “promulgate.” This is not a word that had ever been part of my vocabulary. However, since I always knew what he meant by the context of the sentence, it was years before I actually looked up the definition. That’s when I learned that he’d been using it incorrectly all that time.

One of the rules of copywriting is to use the smallest, most common word that can convey the meaning. That’s a good rule to apply to speaking, at least until you get well acquainted with someone.

Why is this a rule? Because not all of your prospects will understand you if you use “impressive” speech habits. On the other hand, everyone from those with no education to those with a PhD will understand when you write to the (recommended) 7th grade reading comprehension level.

An all-too-common speech habit that makes people look silly is overuse of the word “like.”

Yes, it does have proper uses, but is sadly often used as a filler or as a substitute for verbs, adverbs, and 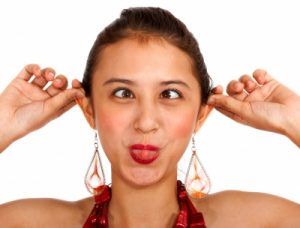 In some cases, it can cause confusion. If a listener expects proper word usage and hears something such as “It was like a fireplace,” their first impulse would be to wonder what it really was and what made it similar to a fireplace.

Yes, for me this speech habit is a pet peeve…

I’ll admit that hearing “like” used where it doesn’t belong sets my teeth on edge. For a while I became so fanatic about not using it that I would re-write a sentence rather than use it even in its proper form.

I tried to find out how this trend got started, but all I came up with was “Junior High School in the late 90’s.” Kids took it home and before long it infected the whole country. One writer calls it “The Like Epidemic,” and offers suggestions for a cure if “like” has become one of your speech habits.

Something I’ve always wondered is why bad habits catch on so much more easily than good habits. Do you know the answer?

Next – a group of words that make you look unsure and insecure.

Using them repeatedly can also make you feel unsure and insecure. Those words are “think, guess, need, 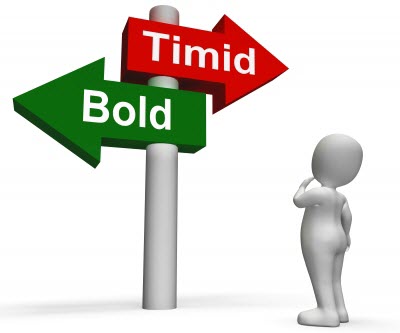 Since self-confidence is important to your real estate career, it’s time to eradicate them. Let’s take them one at a time.

We all say “I think.” We say it even when the reality is that we know. For instance: “I think this pie is excellent.”

It’s the wrong thing to say in a business setting when the reality is that you do know. For instance, when you’re telling a listing client that they should price their home between X and Y. “I think” this is the correct price means “I’m not sure, but maybe it is. At least I hope so.”

Switch that out. Say “Based on comparable recent sales and the state of the market here in ____ the correct price of this home is between x and y.” The same would be true if you were encouraging a seller to have a house staged or to be absent during showings. “Based on (your experience, statistics, etc.) staged homes sell X times faster or for X dollars more.” How about: “It’s been my experience that potential buyers leave quickly and before getting a true sense of a house when the sellers are present.”

Get rid of “think” in your self-talk as well.  When faced with a challenge, instead of telling yourself “I think I can,” just go for the gold and say “I can.”

Do you want to say you guess that a number is the right price? Will you say you guess it would be a good idea to stage the house?

Skip the need. It makes you sound needy. Just make the request with a tone that says you expect the other person to comply.

This one is similar to need. It sounds like “I want this, but I’m not sure you’ll do it / I can have it. I just hope so.” You’re an independent contractor, so this doesn’t apply, but consider asking your boss for a raise. “I want a raise” sounds like begging. “I am due for a raise because…” shows that you know your value.

In self-talk: “I want this listing” sounds like you aren’t so sure you’ll get it. Instead tell yourself that you’re going in well prepared and will get the listing because you’re the right person for the job.

I know. There are some very forceful people who might loudly declare “I want this done and I want it done now.” They’ll get results because their employees know their jobs depend upon obedience. But that’s not the person you need to be with clients!

With clients you may need to offer a reason why. Say you’re asking buyers to write down their “must have, like to have, and don’t want” lists. Instead of telling them you need them to do so or want them to do so, tell them you expect them to do so because the lists will save them time in their house hunt.

There are things, of course, that have little to do with you and that you can’t control. You could use the word hope in those situations without weakening your image. For instance, you could say “I hope your new venture turns out well.”

But in keeping with breaking the “wimpy words habit,” why not say “I wish you success.” How about “I’m looking forward to reports of your success.” That sounds much more positive and supportive.

Do you need more self-confidence? In addition to being careful of your speech habits… 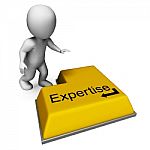 Study more. Know your market. Know the inventory. Know your forms. Learn more about negotiating and psychology. The more you learn, the more expertise you’ll possess, and the more confident you’ll become.

Next, be prepared. Gather as much pertinent information as you can before every appointment. Then show up on time, looking cool, calm, and well-groomed.

When you know what you’re doing. Let it show!

And when you need prospecting letters that demonstrate your knowledge…